The following was written for KiCad 4. Simulation support in KiCad 5 has been reworked to such an extent that a lot of the following doesn't work.

If you have KiCad 4 SPICE stuff you'd like to use in KiCad 5, have a look here. 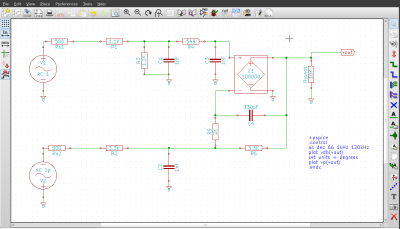 This is written up assuming you know the basics of using KiCad already.

You'll need the following to get a working SPICE setup: